It's been just over a week since my last range session with the PC Carbine. I got some serious reps in and pushed the gun a little more than last time. So much, in fact, that both of the screws I loctited came loose again. In case you forgot, that's the charging handle and fore-end screws. In addition, the PC Carbine had an extra surprise for me - the screws fastening the front sight assembly loosened. 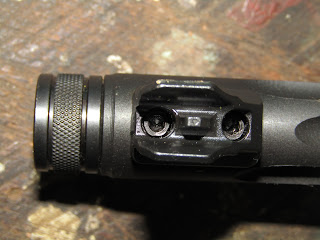 I expected the charging handle and fore-end screws to loosen, and tightened them at the range. I didn't notice the front sight screws until I got home, though. A good friend who is a Ford mechanic gave me some red Motorcraft thread locker. He said it's supposed to be higher quality than Loctite, so hopefully this solution works. If it doesn't, my next step will probably be to solicit the forums and see who has had similar experiences. 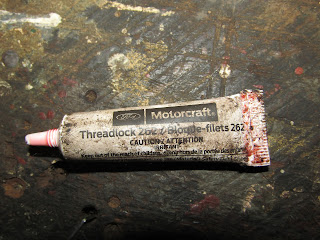 I'm trying to run this firearm in as close to factory form as possible, so no optics right now. I ran a 25 yard rifle qual and, while my hits were good, my time was abysmal compared to times I've clocked with a RDS-equipped AR15. I think that I've probably been spoiled by my Aimpoints and need to bust the rust off of my iron sight shooting. 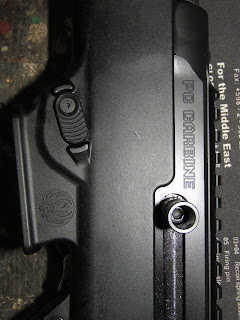 Reliability continues to be 100% with OEM Glock 19 magazines.


The sling setup from Tech Ten Tactical, Midwest Industries, and Impact Weapons Components has been awesome. The steel slider on the T10 Sling locks up tightly when adjusted and the MI QD sockets put the sling in an ideal position. 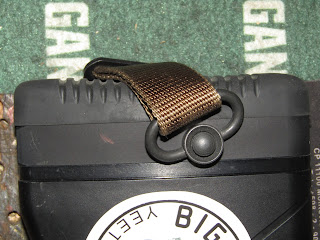 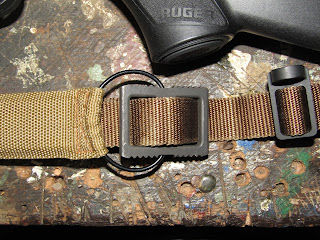 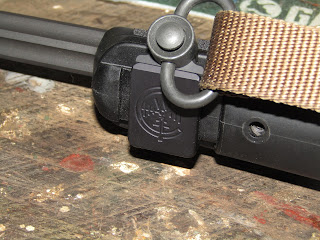