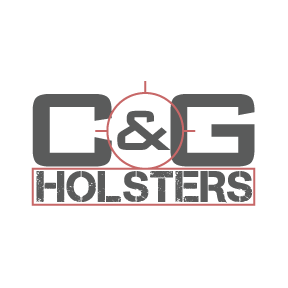 The two most important characteristics of a holster are durability and retention. I've owned a myriad of holsters over the last ten years that were lacking in both of these areas. From the nylon drop holster I wore to Iraq in 2006 that didn't retain my Beretta M9, to my last three appendix-in-the-waistband (AIWB) holsters that all developed cracks during normal use. Since the majority of my holster use these days is concealed carry, I've been on the lookout for a solid AIWB holster that would retain my firearm and last. It's not a cool feeling to take off your $70 holster at the end of a long day to find that you're going to have to replace it.

Enter C&G Holsters. I first heard about C&G through Rob and Kaylea Wren, who both shoot competitively in 3 Gun Nation, IDPA, and USPSA. The Wrens are serious shooters who don't have time for poorly-made or gimmicky gear, so when Rob found out I was having issues with my current holster and recommended C&G, I was intrigued. C&G is based in the Pittsburgh, PA area, somewhat local to me. Each holster is manufactured in the United States from US-made parts. This may not be a big deal to some, but here in the rust belt where jobs are often scarce, it matters. The owners and employees of C&G are veterans, law enforcement officers (LEO's), competitive shooters, or all three. They are good, hard-working folks. They believe in their product enough that they trust it with their lives when carrying concealed or on duty. In fact, in C&G's eight year existence they've never had a holster break. That's eight years of use on the competition circuit by serious shooters who put thousands of rounds down range each year. That's eight years of use on the duty belts of LEO's who are often wrestling with criminals, chasing suspects, and engaging in other activities that are life-threatening to holsters. 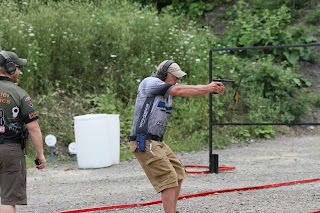 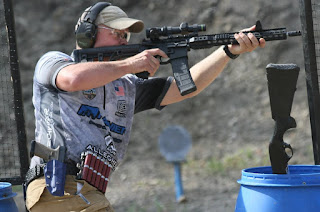 Rob Wren runs C&G's gear hard during training and on the competition circuit.

After hearing about the durability of these holsters, I was sold and was given the opportunity to review C&G's Covert IWB model. It is available for well over fifty pistol models, so unless you're looking to carry some obscure hipster gun, they have you covered. You also have forty-two color options to choose from, including quite a few camo patterns. As for belt attachments, you can choose from 1.5" - 2" overhooks or a tuckable strut & loop that will fit any belt up to 1.75". Other options include several sweat guard heights, a taller sight channel for suppressor sights, a cut-out for slide-mounted optics, accommodations for a threaded barrel, and my personal favorite - the concealment wing. The concealment wing makes this holster ideal for AIWB carry by pressing the pistol grip flat against the stomach. 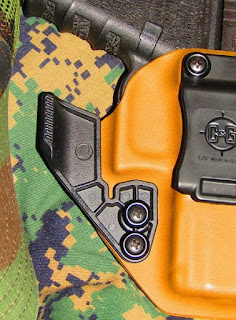 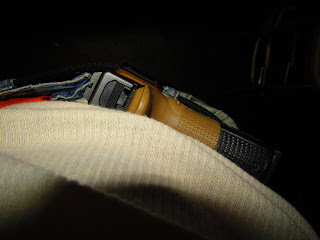 ﻿
The concealment wing increases concealability by pressing the grip against your stomach.


My first thought when I got my Covert IWB was "attention to detail". From the aesthetic packaging, instructions, and safety warnings to the immediately apparent level of craftsmanship that went into molding the kydex, everything was a cut above.


As soon as you unbox your holster you can tell that C&G's quality and attention to detail are second to none.

Each holster is molded to an actual firearm as opposed to the plastic "blue guns" that many holster makers use. A small amount of relief is added around the slide and frame to prevent finish damage in the event that you re-holster a dirty pistol. They also use a special molding process that they won't tell me much about which is key to the durability of their holsters. All screws, washers, and other metal hardware are melonite finished to prevent rust, corrosion, and wear. You can adjust retention by rotating two Phillips-head adjustment screws that are located below the trigger guard area. I found that the factory retention setting was ideal for me. It retained my firearm upside-down while I was shaking it, but did not hinder or slow my draw during practice sessions.

After carrying, dry-practicing, and live-fire practicing exclusively from this holster for several weeks I can tell you it is the most comfortable AIWB holster I've used to date. None of the chaffing or digging into my leg that I became used to with other AIWB holsters. It conceals well under each cover garment I've used - t-shirts, polos, and sweatshirts.

During live and dry practice I noticed that the ride height allowed me to establish a full grip without scraping my knuckles against my pistol belt, another discomfort to which I'd grown accustomed. The holster did not shift around on my belt, causing me to waste valuable time looking down and fishing for my gun. It was in the same place every time without fail.


﻿
The C&G IWB Covert allows for a consistent drawstroke.﻿

I did experience one issue while testing this holster. While administratively removing my pistol from the holster (which had already been removed from my waistband), I unknowingly engaged my extended magazine release. I tried several times to replicate this issue with the holster in my waistband and during live fire at the range, but did not succeed. If I had been running a standard Glock magazine release, as opposed to my extended magazine release, there would have been no issue as there is plenty of relief in this area of the holster. I communicated this issue to C&G, who were receptive and are working on a solution.

The C&G Covert IWB is one of the best AIWB holsters I've seen to date. The quality of the kydex and molding appears to be on par with companies like Raven Concealment, Blade-Tech, and Safariland. The concealability is on par with or exceeds all of the concealment holsters I've used. The comfort level is the highest of any AIWB holster I've used. With a base price of $59.99, the IWB Covert is very competitively priced compared to holsters of similar quality. Keep an eye on these guys. I have a feeling we'll continue to see big things from them as they expand and make their mark in the firearms industry. 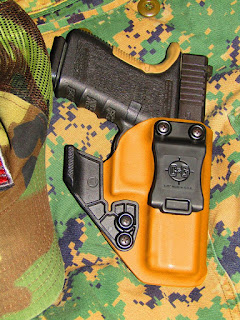 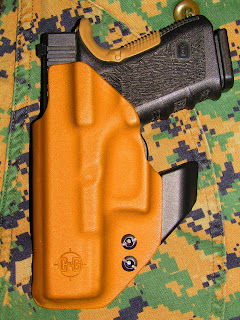