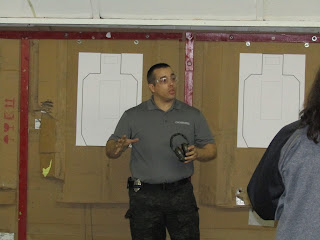 It's been about 3 years since I attended any sort of basic firearms class, so when the owner of C&G invited me out to review his intro-level handgun class I was excited to, a) get back to the basics in a professionally taught firearms class and, b) get some material for this blog. The class was hosted in the Pittsburgh area by the North Buffalo Sportman's Club. Our four instructors were all active law enforcement officers (LEO) with multiple firearms instructor certifications.

After introductions, Chris and his instructors led the students to the attached indoor range where a safety brief and initial skills assessment were conducted. After the skills assessment, Chris split the class leaving half on the range for more live-fire training, and the rest of the students in the classroom. I stuck with the classroom half and sat in on several hours of excellent material taught by John Lubawski.

John is a former Marine infantryman, former rangemaster for the Pittsburgh Bureau of Police, and currently a patrolman with that department. His lecture began with an in-depth look at the firearms safety rules and how they reinforce one another - meaning that you must break 2 or more safety rules in order for property damage or bodily harm to take place. He then got into the mechanics of pistol shooting, including grip, sights, trigger, the 4-step drawstroke, and different ready positions.

After pistol-shooting mechanics, John covered the legal aspects of armed self-defense, such as use of force, deadly force, castle doctrine, stand your ground laws, and dealing with LEO's while armed or after a self-defense scenario. It's not often that you have an opportunity to discuss these issues with a LEO as experienced as John, so we were thankful for that opportunity. One noteworthy piece of material covered was a use of force play-by-play of the John Van Allen shooting in Biggs Junction, OR. John went through the video, pausing it periodically to discuss different points of use of force. This video was a great teaching tool and all of the students seemed to take something away from it.

John also used this video as an illustration in our next segment which covered different methods of stopping or incapacitating a threat, gunshot wound mechanics, and the perceptual distortions that you may experience during a self-defense scenario.

After our classroom training was complete, we took a break for lunch and then headed to the pistol range for several hours of live-fire training. Live-fire training was conducted by Chris, Joe, and Dominic. Students went to the firing line, 3 at a time for individual marksmanship training from one of the instructors. It was great to see that the students had so much one-on-one time with the instructors. Each time a student approached the line, the instructor would assess them and tailor the curriculum to their needs. 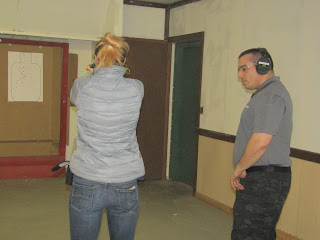 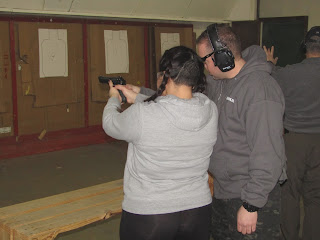 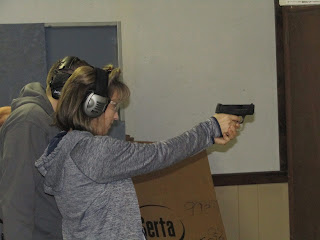 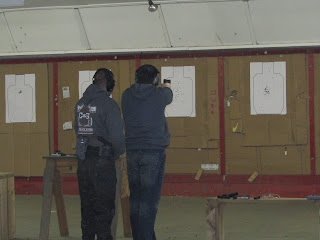 When my turn came, I found myself on Joe DelSole's shooting lane. Joe has been a student of the gun since he became a police officer in 1987. He has trained with some of the top instructors in the world, is a competitive shooter, and holds multiple instructor certifications. Once he saw that I could hold a group, I was expecting Joe to leave me alone and focus on the other students. Instead, he made adjustments to my stance and gave me challenging drills to work on. That's a sign of a good instructor. No matter how good I was, he was going to find a way to help me improve.

Once our range-time was complete, Chris gathered us back in the classroom, re-capped the day, and answered final questions. Even after class Chris was available to talk with the students and answer questions. He even took one student - who spent much of her range-time running dry-fire exercises - back onto the range for further live-fire training. Overall, this class was an excellent value at $100. The classroom portion was incredibly interactive, the range portion was safe & individually tailored, and the staff were all friendly and knowledgeable. If you are new to or are contemplating concealed carry or pistol ownership near the Pittsburgh area, do yourself a favor and attend this class. 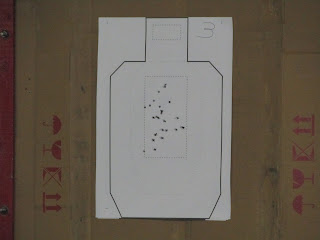