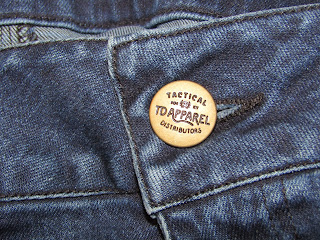 During my time overseas in the military I always noticed that "tactical" cargo pants, such as those offered by 5.11 Tactical or VertX, were all the rage with deployed civilians. After I got home and became a part of the shooting community, I noticed that they were also popular with gun guys, firearms instructors, competitive shooters, and concealed carry permit-holders. While I can see the utility for range activities, I never understood their popularity with permit-holders. Anytime I've seen somebody at Wal-Mart, the mall, etc. wearing 5.11's I immediately thought, "He's carrying." It doesn't seem like there's much point to concealing your firearm if your clothing style is going to advertise its presence. I always wondered why there wasn't a company tailoring jeans or casual pants to the permit-holders needs, and was recently surprised to find that Tactical Distributors makes exactly that. 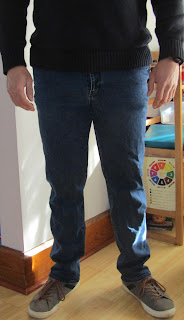 Tactical Distributors' Stand Your Ground (SYG) Jean has all of the utility and features of the tactical cargo pants, but in a low-vis package. It's made from a cotton/spandex blend that allows plenty of freedom of movement and breathes well. It features ten well-designed pockets so that you can comfortably and discreetly carry a variety of gear. Some of the more interesting pocket designs were deep pockets for AR15 magazines hidden in seams above the back pockets. My favorite pockets, though were the pockets for knives, lights, etc. that were built into the front, hip pockets. This allowed me to keep my EDC blade in it's normal spot and pocket carry my Ruger LCP with an unimpeded drawstroke. 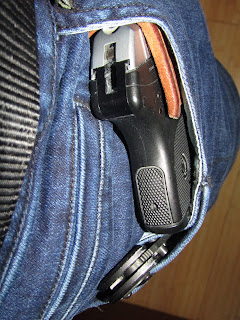 While reading reviews of the SYG Jean online, I saw a lot of comments on how the jeans bleed in the laundry. Upon receiving them, one of the first things I did was verify these claims by throwing them in the laundry with two white undershirts. Sure enough, I wound up with two lavender undershirts. I don't necessarily consider this a defect, but certainly something to keep in mind when laundering your SYG Jeans.

I wore these pants as much as I reasonably could for about two months, including multiple trips to the shooting range, one Fundamental Pistol Skills class, an eleven hour road trip, and multiple family outings. I filled the pockets with as many EDC items as I could, and was able to carry it all comfortably.

A couple of features I could have done without were the oddly-placed MultiCam accents on the right, front belt loop and the left, rear pocket. I also felt that the Velcro patch above the right, rear pocket was unnecessary.  The SYG Jean is designed with discretion in mind and I found these features slightly contradictory. 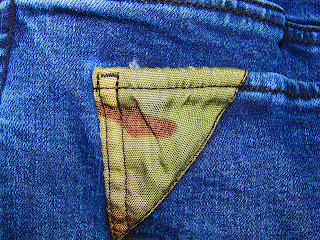 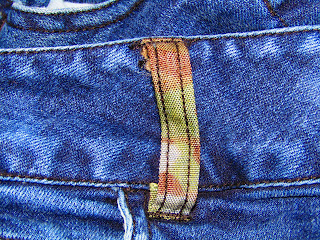 Unfortunately, I did have one issue. The original pair of SYG Jeans that I ordered developed a small hole in the crotch seam within two days of receiving them. As small as it was, holes don't get better and it gave me an opportunity to try out Tactical Distributors' customer service. I e-mailed them on Saturday, December 31st and received a reply from their customer service department on Tuesday, January 3rd along with a shipping label for my replacement SYG Jeans. I continued to wear the damaged SYG Jean and it eventually developed a second, more serious hole in the same area. The replacement pair, however, has held up well and is the pair that I used for the majority of this test/review. I've been very pleased with its performance.

If you need to discreetly and comfortably carry a large amount of EDC items, the Stand Your Ground Jean is worth consideration. It is comfortable, discreet, and well-designed. There don't seem to be any similar items on the market at a similar price point.