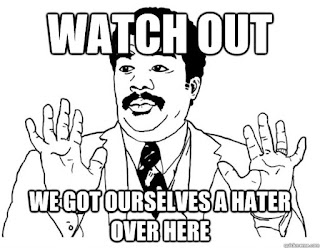 Every now and again I see a blogger, gun forum member, or other internet person being pretty dismissive of combat veterans who teach armed self-defense to civilians. I tend to view many of these folks as butthurt chumps. Not all are, though, and many of their criticisms do have a point.


The average Infantry Soldier or Marine has a much different mission than a CHL-holder or home-defender. Overseas we were generally looking for the enemy so we could eliminate him. We carried assault rifles, machineguns, and explosives to make our mission easier (because who wants to hunt Muj with a Ruger LCP?). If the enemy caught us with our pants down we could call more of our friends to help. If that didn't work we could call support elements such as jets, bombers, helicopters, artillery, medical personnel, snipers, or even more infantry bros. If things got really bad we had body armor that would stop most enemy ammunition. When we killed enemy combatants we weren't taken down to the station and questioned by police and we didn't have to worry about said-combatants' families filing civil suits against us.

Pretty much a night-and-day difference from the "mission" of a CHL-holder or home-defender in the United States. We would be wise to acknowledge these differences lest our students end up in legal trouble or dead. Some don't, though. I was once in a defensive handgun class where the instructor (a former SWAT officer and PMC in Iraq) had us yell "Contact front!" whenever we engaged our targets. Granted, that probably wouldn't get you killed or in trouble, but it doesn't fit the context of defensive handgun use.

So can you learn anything from combat veterans beyond the mechanics of pulling a trigger? I argue that you can. One of the most relevant experiences that we've endured and can teach you concerns the body's and mind's reactions to the stress of a life-or-death situation. We know that it will be hard to focus on aiming your weapon at that mugger or rapist. We know that your perception of time and events may be skewed since your brain will be busy focusing on things like the target's reaction to your gunfire. We know that your mind may block out sounds of gunfire, but allow you to hear your buddy's voice with no problem. We know that strange things may come out of your mouth when talking to people in the immediate aftermath of a high-stress situation. A Marine I know once crawled out of a completely destroyed HMMWV, pulled his buddy out of the hole under the HMMWV, and then proceeded to give his platoon commander a full account of his team's night vision equipment when he came to help with the medevac. Who knows what you may say to responding LEO's in the immediate aftermath of a defensive shooting?

Fellow combat veteran firearms instructors, stay in your lane and don't attempt to apply irrelevant experiences to defensive firearms use.  Be safe and personable.

Prospective students, develop your "Instructor Filter". You can do this by researching an instructor's background, reputation, mentors, etc. This will help you determine how relevant their material is to your needs. I've taken classes from military veterans, competitive shooters, LEO's, and civilians and learned something from every one of them. That doesn't mean, however, that every single thing they taught was relevant to me (like yelling "Contact front!" while the meth-head from 2 blocks down kicks in my front door).

Many of us were highly vetted for our jobs and thrived in extreme situations. We can use these experiences and skills to prepare you for the worst day of your life.