The PC Carbine Chronicles, Part I

Last year, after hearing me say that I thought the Ruger PC Carbine was a neat idea, my wife found a smoking deal on one and gave it to me for my birthday. I totally did not expect that and didn't even remember making the comment to her. Well, I've had it for about 8 months now, so I guess it's time to start shooting it seriously.

While I prefer to dedicate time and resources to staying proficient with AR15's and Glocks, my inner survivalist loves the PC Carbine. It is a simple takedown rifle that I can feed with my everyday carry magazines. It also lacks some features that are frequently targeted by politicians in ban states, such as a folding stock and pistol grip. Perfect for bringing along on a road trip just in case. 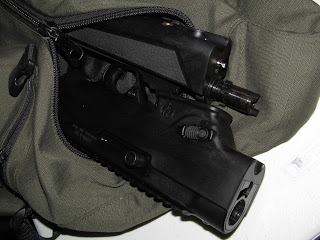 There are a lot of accessories available for the PC Carbine. Everything from replacement sights to replacement chassis that mimic AR's. Some of them seem to stray from the spirit of what seems to be a KISS rifle (Magpul's yet-to-be-released Backpacker stock looks practical). The only accessories I've added so far are a Midwest Industries rear sling mount, IWC front sling mount, and Tech Ten Tactical sling. 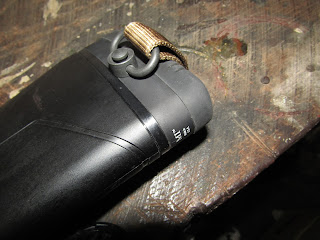 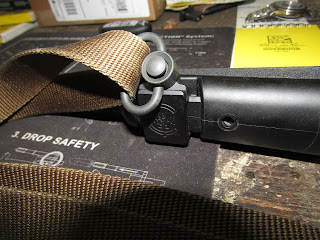 I took it out to zero over the weekend during some outstanding weather. The weather was so crappy that I actually set up a Coleman canopy at 50 yards to keep my target dry. I quickly found that I've been spoiled by AR15 sight adjustments. The PC Carbine has a fixed front sight and ramp rear, similar to my Remington 870. Adjustments are made to the rear sight by loosening hex screws and sliding the sight digitally. 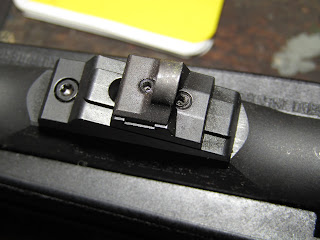 I verified that I was on paper at 25yards before moving my target back to 50. Using 115 grain reloads, 25 yard groups were all touching and 50 yard groups were in the neighborhood of 2". I'll eventually see how my carry ammo (Speer Gold Dot 124gr +P) groups and where it impacts in relation to my reloads. 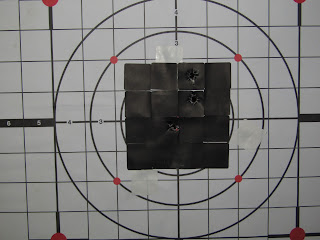 After zeroing, I set up an 8" steel plate at 50 yards. Achieving off-hand hits at this distance was no problem. I also ran some timed snap drills at 7 yards. Most hits were in the .6-.7 second range - similar to my times with an RDS-equipped AR15.

The carbine functioned reliably. In fact, the only function issues I've had in the past were with non-OEM Glock magazines from KCI and Magpul. I'll be experimenting with different magazines in the future to see what works best. However, I had several components loosen. The hex socket screws that fasten the charging handle and fore end loosened. I'm always suspect of unstaked screws on firearms, so I brought the correct-sized Allen wrench, and tightened the screws without issue. The barrel adjustment knob also loosened, but that may have been user error. I later applied blue Loctite to the charging handle and fore end screws and will be keeping a eye on them and the barrel adjustment knob during live fire. 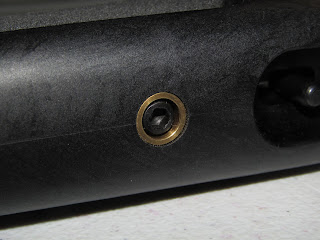 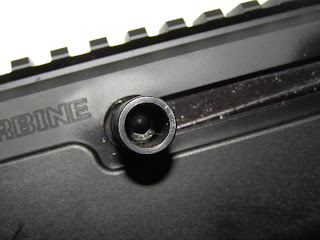 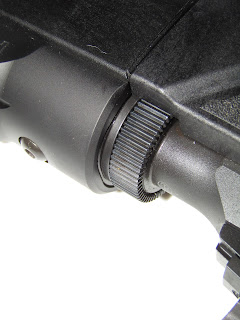