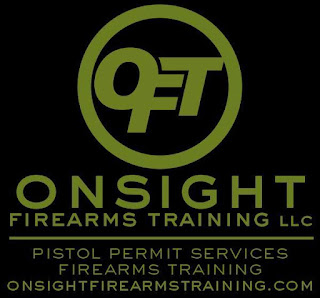 Note: I am using Pat Tarrant's AAR format for this review. It is available at primaryandsecondary.com.

Equipment Details: I used a Remington 870 Police Magnum with 18.5" IC barrel, rifle sights, TacStar Sidesaddle, and Choate 2 round magazine extension. I purchased this firearm late last year as a used, LE trade-in. It was manufactured in 2003 and I have no idea about the round count, except that I put less than 500 rounds through it prior to this class. I carried it via a Viking Tactics padded sling with GG&G sling mounts. 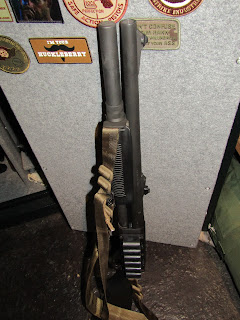 My on-body ammunition loadout was carried in Wilson Combat 2 Round Shotshell Holders and an Emdom USA dump pouch. The WC Shotshell holders primarily served as emergency reloads while I fed the mag tube from my Sidesaddle and Emdom dump pouch. 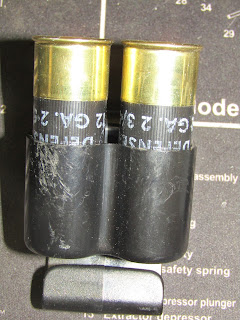 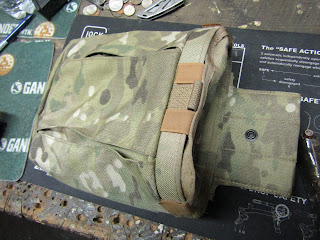 Although we did no handgun work, I had my pistol and spare magazines in kydex from C&G Holsters along with a tourniquet in a C&G carrier. C&G's EDC Belt did a great job supporting my kydex and a dump pouch full of 12 gauge ammunition. 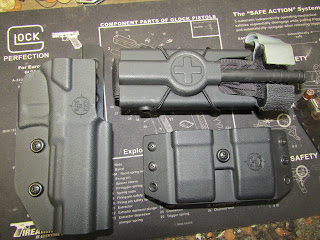 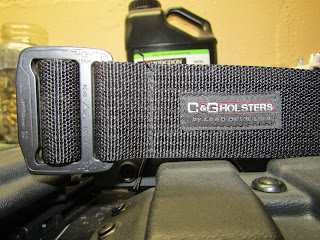 Other students used Mossberg 500 variants (including a 20 gauge), a Beretta 1301 Tactical w/Airidus Industries goodies, and a Benelli M4.

Our instructor, Ben, switched back & forth between a custom Remington 870 and custom Beretta 1301 Tactical.


Personal Experience: I am former Marine Corps infantry and have attended 1-3 firearms training classes a year for the last 7 years or so. I am a firearms instructor myself, but have always focused on carbine and handgun.

Preparation Drills: I participated in some informal defensive shotgun training from my good friend, Jay Cunningham, and AI'd/participated in one of his Protective Shotgun classes several months prior to attending Ben's class. I also dry practiced using dummy rounds to familiarize myself with pump shotgun manipulations.

Next, we headed to the firing line where Ben taught his methodology behind controlling a shotgun. He emphasized tightly pulling the stock into your shoulder and explained how vital a balanced stance is when firing a high-recoil weapon like a 12 gauge shotgun. After we practiced recoil management with some live-fire, he covered reloads. Most shotguns have relatively low magazine capacities compared to modern double-stack pistols and carbines, so knowing how to efficiently keep your gun fed is important. We went over tactical and emergency reloads. A tactical reload, as it relates to shotguns, is simply topping off the magazine tube. An emergency reload means your gun has run dry and you're dropping a fresh round directly into the chamber. Ben covered a couple of different emergency reload methods.

Now that we understood stance, recoil management, and reloads we got into some interesting drills. Ben would call out a couple of shooting positions along with a round count for each position. On his command, we would fire the prescribed number of rounds at our steel targets from each shooting position. I found that firing a pump shotgun from the prone position is no easy task. Obvious to some, but as somebody who didn't give shotguns much thought before this year it was quite a realization. I also found during the rollover prone that my factory Remington stock was almost too long to effectively control the gun.

I had several failures to feed during the morning. It seemed that my factory magazine follower was sticking in the tube and I had to elevate my muzzle to "gravity feed" the next round onto the lifter. To fix the problem Ben had me remove my magazine extension along with the spring, follower, and ammunition. After reassembling the magazine the problem was temporarily solved. Another student had the rear sight assembly break off of his Beretta 1301.

TD1 (Afternoon): After lunch we replaced our steel targets with paper and verified zeros with slugs. My gun was hitting about 6" left at 50 yards. It never shot left in the past, so I could only assume that recoil had rattled something loose during the morning. I didn't want to mess with small sight screws on the range, so I elected to Kentucky windage my hits onto the target and adjust my sights later. The student with the broken Beretta sight had trouble getting hits on paper using only his front sight.

Once we finished shooting slugs, Ben had us pattern our chosen buckshot loads on paper targets. He emphasized that we should pattern our defensive buckshot loads before use. Even two identical shotguns could pattern the same load differently. I've had good results with Hornady's Critical Defense 8 pellet 00 buckshot loads, so that's what I used. It patterned better than most other loads in the class. Ben had Federal's Flite Control 8 pellet 00 buckshot on hand and gave us each a round or two to try. Both Critical Defense and Flite Control stayed well within my target's chest out to 15 yards (maximum possible engagement distance in my house). I need to do more comparison between Critical Defense and Flite Control to determine which patterns better in my gun.

After patterning, Ben had us perform some movement drills. I expected to feel like a monkey humping a football as I operated the 870 action while walking. Fortunately, while it was physically exhausting, walking and cycling a pump shotgun proved to be doable. As we walked, Ben would yell "Fight!" and we were to engage our target and then top off our magazines. Keeping these relatively low capacity guns fed was challenging. If Ben gave the command while we were performing a reload we had to drop what we were doing and engage the target. The fact that Ben and his AI were tossing spent shells and slugs into our dump pouches as we moved added to the difficulty. At some point during this drill my follower stuck again. As I twisted the magazine cap to fix the problem I felt the follower spring back into place, so I retightened the cap and continued the drill.

One of the final drills of the class was Tom Givens' "Rolling Thunder" drill. This drill drives home the importance of keeping your magazine topped off and adds time pressure to your reloads. I wish I could say I beat a line full of auto-loading shotguns with my humble 870, but I couldn't reload fast enough to keep up with their rate of fire.

Class Debrief: During the debrief we discussed what we had learned. I had hoped to get a good start building the same familiarity with my shotgun that I have with my pistols and carbines. I definitely accomplished that during this class. I was impressed with the number of repetitions performed and rounds fired. During this class we exceeded the recommended round count, and I actually ran out of ammo. Ben and his AI, Pat, poured several boxes of birdshot into my dump pouch so I could complete the class (thanks, guys!). Ben made us do some difficult stuff. He had us down in the dirt, working hard. He demonstrated each drill competently, participated in drills when possible, and ran a safe, informative class.

After Class: Several days after class I gave my 870 a good cleaning. I also ordered a Wolff XP magazine spring and Vang Comp Systems steel follower to fix my feeding issues.The following week at the range I confirmed that my shotgun was still hitting left and made necessary sight corrections. I made sure I was hitting center mass at 15 yards with my Critical Defense loads.